ServiceNow shares climbed 4% in extended trading on Monday after the cloud software vendor was added to the S&P 500, a move that will likely expand the company’s shareholder base to include investors in big index funds. 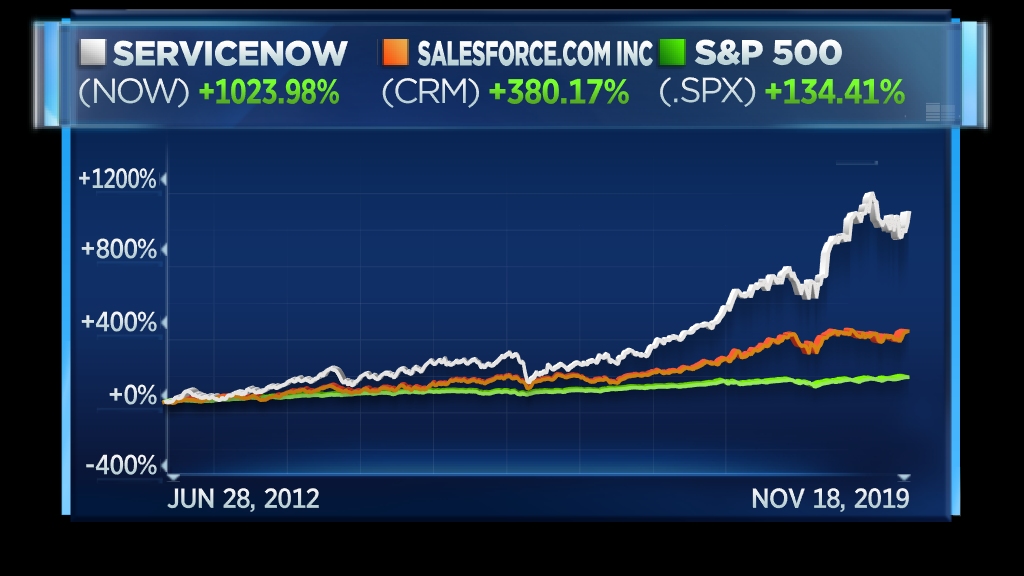 ServiceNow’s entry into the index comes less than a month after the company named ex-SAP chief Bill McDermott as its new CEO. John Donahoe, who had been ServiceNow’s CEO, left to take the helm of Nike.

ServiceNow’s technology automates many IT functions and digitizes things like workflow management. The stock is entering the S&P 500 because Celgene is being acquired by Bristol-Myers Squibb. ServiceNow is worth more than about half the companies in the index.

WATCH: Incoming ServiceNow CEO Bill McDermott on his plans for the company

Apple Q1’20 earnings on Tuesday: What to watch